Malawi is one of the world’s least developed, most densely populated countries, with one of the lowest per capita incomes. Most of the country’s 16 million people are subsistence farmers. 85% live in rural areas. Life expectancy is 52 years. There is one hospital bed for every 1000 people. There is one doctor for every 50,000 people. 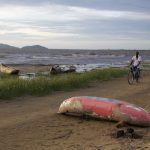 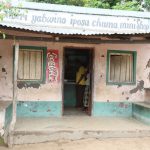 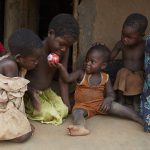 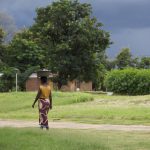 An estimated 1 million people are living with HIV/AIDS with approximately 50,000 AIDS related deaths and 650,000 orphans created as a direct result of AIDS, according to 2012 figures.

People who are HIV + are at a higher risk of all types of cancer. The great majority of patients suffering from cancer and other potentially terminal illnesses present to us very late, often in severe pain.

Whilst over 60% of HIV+ patients who require treatment now receive life-saving antiretroviral drugs, curative treatment for cancer is not yet an option in Malawi.

Palliative care is the only means to relieve the patients’ burden of suffering. However, there is no government funding in Malawi for palliative care. National morphine supplies are erratic, despite financial provision from the Global Fund. And there are significant gaps in the Ministry of Health’s ability to provide other essential drugs, continuity of quality nursing care and training.

Ndi Moyo was founded by Lucy Finch as a response to this very great unmet need for palliative care, by some of the most vulnerable people in the world.